I can say that South Park is the best TV Show I have ever seen. And, Eric T. Cartman is the most funnies character in the series. Surprised when I read about Cartman’s personality in Wikipedia. Is it possible to some like him can exist in real life? Briefly, Eric T. Cartman:

Eric Cartman is often spoiled, foul-mouthed, sadistic, ill-tempered, insensitive, racist, antisemitic, sociopathic, greedy, loudmouthed, lazy, fat (he believes that he is not fat, but big-boned), wildly insecure, bigoted, and manipulative. He is portrayed as having a general lack of moral responsibility or social conscience. He despises Kyle because of his Jewish background and will make fun of him about being Jewish. Though he hates Kyle, he will socialize with him along with Stan and Kenny. Cartman has a habit of bullying and teasing all of his friends; Kyle is the most threatened and teased by Cartman during most episodes.

Sometimes Cartman acts differently around the other boys, even stating that Kenny is his best friend and he is okay with Stan, but later goes back to annoying everyone. 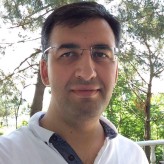 One thought on “About Eric T. Cartman”